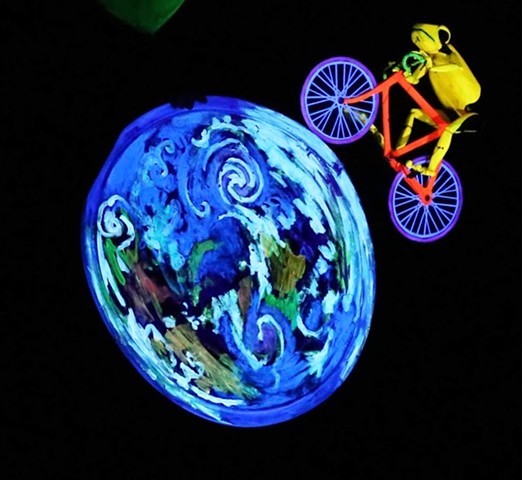 Peggy Notebaert Nature Museum on Aug 15th was beautiful! Thank you everyone who came out!!!

CliCK on PorTFolio for lots of Puppet Photos and stories.

Puppet Theater performances with puppets: Marionettes are where it's at for us. We use marionettes all the time in every show. But we love all types of puppets and have specialized in Shadow Puppets, Hand puppets, Rod puppets, Bunraku type Puppets, Body Puppets and Giant Parade Puppets and Giant Lantern Parasdde Puppets. . Amber and I make and design everything. Handmade uniquely crafted puppets and amazing scenic pieces by Amber. We 're very fortunate to work with the Chicago musician and composer, Dan Agosto so our music is original too. Jabberwocky brings the puppet theater to life.

The Mayor's Office Of Special Events - Taste of Chicago Co-Author of ‘Julie Taymor, Art on Stage and Screen’

Lots more endlessly amazing private puppet performances and projects. Jabberwocky thanks the many artists, museums and companies we have partnered with and continue to have the honor and pleasure of working with.